The ILC will be a high-energy e+e- collider with a centre-of-mass energy reach up to 500 GeV, upgradable to the 1 TeV range. in August 2004, the International Technology Recommendation Panel (ITRP) recommended that ILC should be based on TESLA SCRF technology. The ILC will be designed and constructed by a international collaboration of HEP laboratories and institutes from Europe, the Americas and Asia. 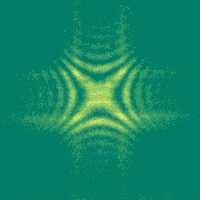 In February 2003, the German Federal Ministry of Education and Research gave the green light for the X-ray laser. Together with European partners, the project is to be further developed in such a way that a decision to begin construction can be made at the end of 2004. After a construction period lasting about six years, the commissioning of the facility could start in 2012. The laser will be based on a ~20 GeV SCRF linac. The free-electron X-ray laser will make it possible to do leading-edge research in Europe and will guarantee a major role for Germany as a location for research and industry. FLASH is a user facility providing laser-like radiation in the VUV and soft X-ray range to various user experiments in many scientific fields. It is also a pilot facility for the future XFEL.

FLASH stands for "F"reie-Elektronen-"LAS"er in "H"amburg or the equivalence in other languages.

Many scientific disciplines ranging from physics, chemistry and biology to material sciences, geophysics and medical diagnostics need a powerful X-ray source with pulse lengths in the femtosecond range. This would allow, for example, time-resolved observation of chemical reactions with atomic resolution. Such radiation of extreme intensity, and tunable over a wide range of wavelengths, can be accomplished using high-gain free-electron lasers (FEL).

During the last years a high-gain FEL in the VUV and soft X-ray wavelength regime was set up at DESY, Hamburg. It achieves laser amplification and saturation within a single pass of the electron bunch through an undulator and does not require a set of mirrors which is needed in conventional lasers and in the low-gain FEL. The lasing process is initiated by the spontaneous undulator radiation, and the FEL works then in the so-called Self-Amplified Spontaneous Emission (SASE) mode without needing an external input signal.

The electron bunches are produced in a laser-driven photoinjector and accelerated to by a superconducting linear accelerator. At intermediate energies of 125 and 380MeV the 1nC electron bunches are longitudinally compressed, thereby increasing the peak current from initially 50 -80 A to approximately 1-2 kA as required for the FEL operation. The 30 m long undulator consists of NdFeB permanent magnets with a fixed gap of 12 mm, a period length of 27.3 mm and peak magnetic field of 0.47 T. Finally, a dipole magnet deflects the electron beam into a dump, while the FEL radiation propagates to the experimental hall.

We use cookies to provide full functionality of our website.More information